Radson Development, on June 22, filed a permit application for construction of an 87-unit, 87,600-square-foot mixed-use building at 1111 Fox Street in East Morrisania, Bronx. Dan Rad, one of Radson Development’s founders, filed the plans.

Below are zoning diagrams of the building. 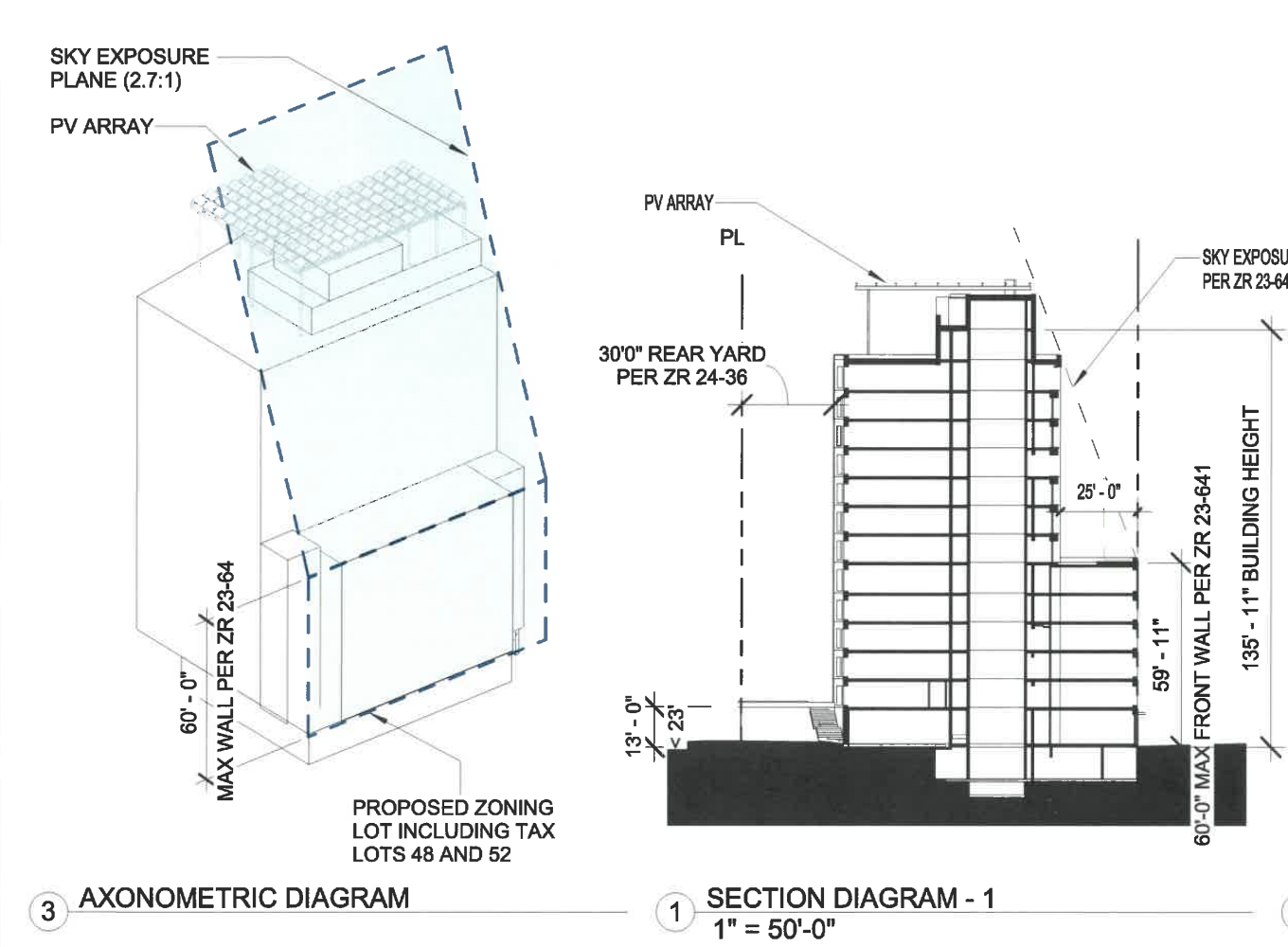 There have been 22 new building plans, including these, filed in East Morrisania in the last 12 months. Of the plans, these plans called for the construction of the most dwelling units in the neighborhood over that span.

The plans call for the construction of a 145-foot-tall, 14-story building and were filed with the New York City Department of Buildings under job number X00716620.

The development site spans three tax lots. The lots have a width of 292 feet.

The project is described in the filing as: 14-Story mixed-use affordable housing dwelling.

The architect listed is Magnusson Architecture And Planning.