Jade Century Properties submitted a condominium plan for 392 residential units and two commercial units at 131-02 40th Road in the Flushing neighborhood of Queens.

The condo plan, CD220077, does not have a sellout price listed with the New York State Attorney General. Xiaorong Zhai, president of the firm, is listed as the principal.

Below are renderings of the development, which will be part of a three-tower complex. 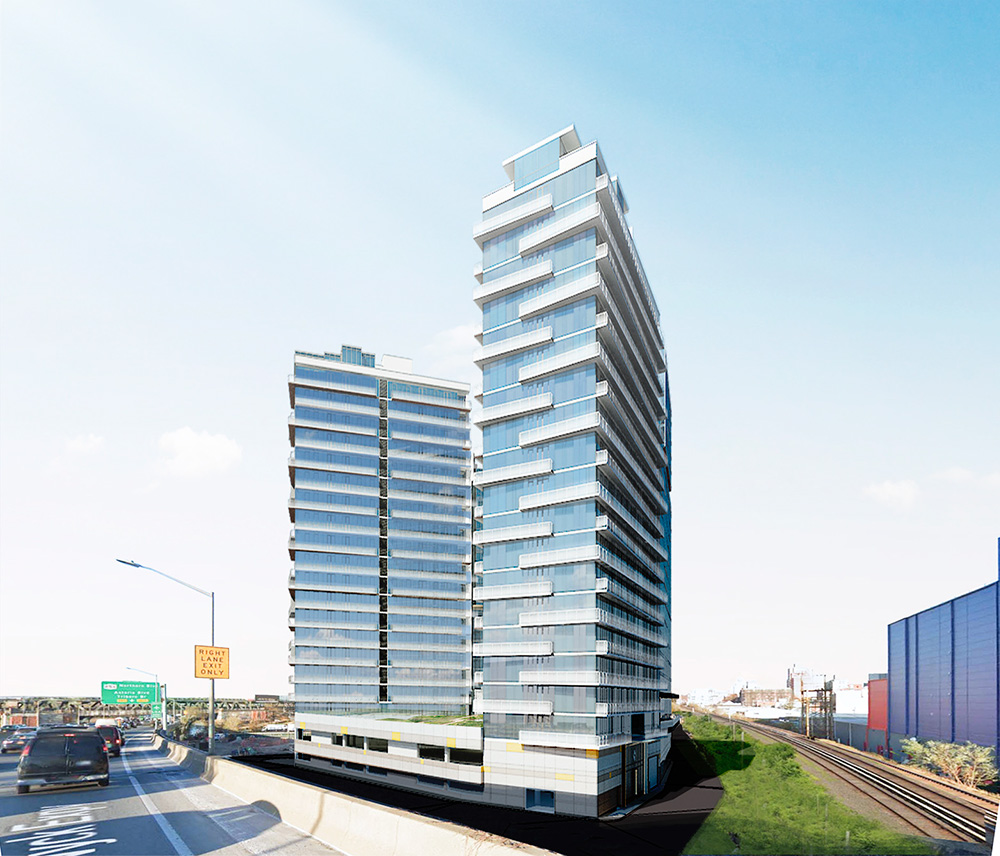 In August of 2021, Jade Century Properties and its development partner Peter Huang, received a $101 million construction loan for the development.

In September of 2016, the developer filed two new building plans for the construction of a north and south tower at the site. Per the plans, each tower will be 20-stories and have 196 dwelling units. Both plans received construction permits in 2018.

In November of the same year, the developer filed plans for the third building at the site, a 469-key hotel.