Recently, PincusCo has looked at plans filed in both Williamsburg and Bedford-Stuyvesant during the same period.

PincusCo looked at all new building plans filed in Long Island City since January 1, 2019, that called for the construction of a building that was at least 2,000-square-feet in size. The analysis removed all projects marked as withdrawn.

The analysis found that there have been 13 developers who have been responsible for more than one project during the time span examined. 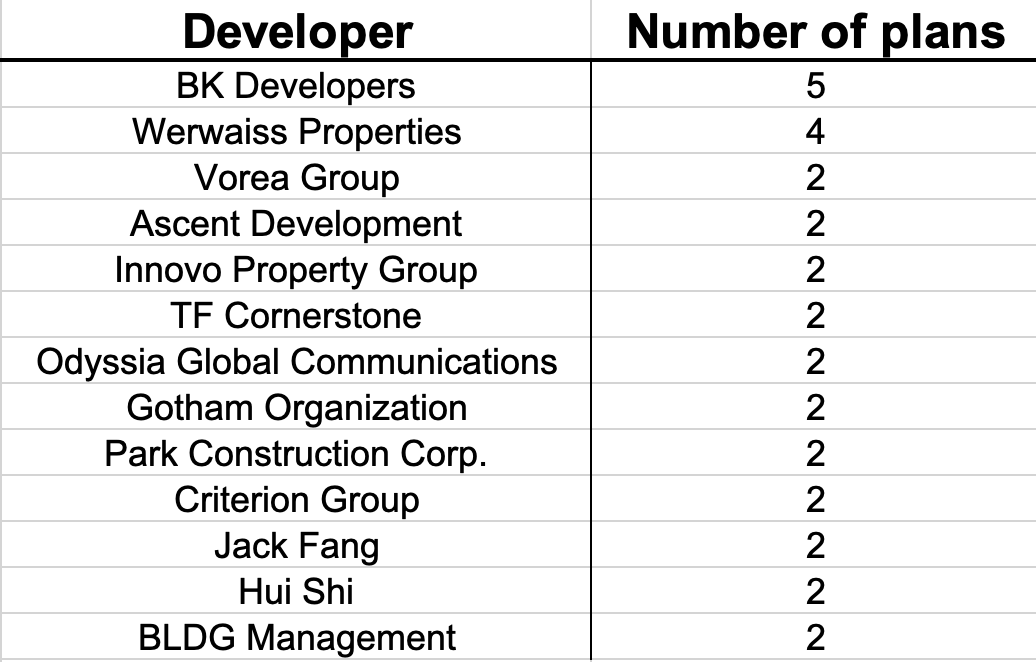 BK Developers was behind the most new building plans during the period examined with five, while Werwaiss Properties filed the second most plans with four.

Werwaiss Properties’ four plans combined to call for the construction of 397 dwelling units. The largest plans called for the construction of a 240-unit, 163,147-square-foot building at 23-02 42nd Road in Long Island City. Werwaiss Properties is a multi-generational, family-owned real estate management and development company based in Long Island City.

Below are zoning diagrams of the 23-02 42nd Road development. 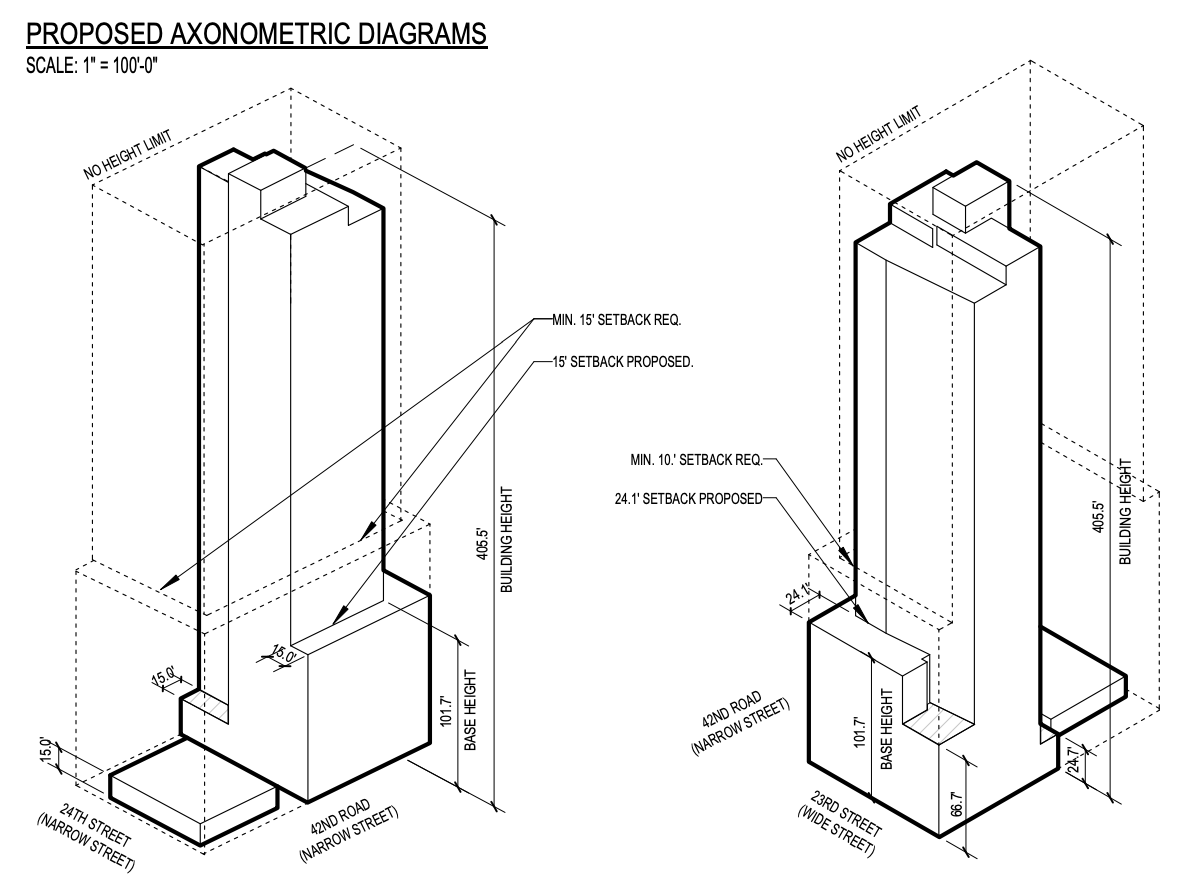 There were 11 other developers who filed plans for two development plans in the neighborhood.

The developer’s plans for the construction of a 812-unit, 723,731-square-foot mixed-use building at 2-10 54th Avenue called for the second most dwelling units in the entire borough since the start of 2019.