Toll Brothers submitted a condominium plan for 81 residential units at 2688 Broadway in the Upper West Side neighborhood of Manhattan.

The condo plan, CD220088, does not have a sellout price listed with the New York State Attorney General. David Von Spreckelsen, President of Toll Brothers, is listed as the group president.

The building, which is called the Rockwell Condominium, is located at the site of the former Marrakech Hotel.

In March of 2020, the developer filed new building plans with the city’s Department of Buildings to construct a 145-foot tall, 13-story, 91,582 -square-foot building with 81 dwelling units at the site. The original plans called for a 73-unit building, however, the plans have since been updated.

The plans were permitted earlier this year.

Below are zoning diagrams of the development. 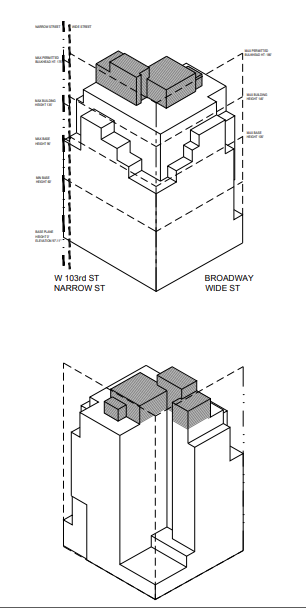