The plans were revealed in a rezoning application in which the developer seeks a Zoning Map Amendment to rezone Block 6180 Lots 29, 31 and 33 from R5 to C4-4L and to eliminate the existing C2-2 district currently mapped 100 feet deep from New Utrecht Avenue along the eastern most portion of Block 6180. Additionally, the developer seeks a zoning text amendment to amend Appendix F (Inclusionary Housing Designated Areas and Mandatory Inclusionary Housing Areas) of the Zoning Resolution of the City of New York (“ZR”) to establish the Project Area as a Mandatory Inclusionary Housing Area (“MIH”). The proposed MIH Area would be coterminous with the proposed C4-4L district.

The building would contain 11,651-square-feet of retail space on the ground floor and 73,383-square-feet of residential uses on floors two through nine. Of the dwelling units, 30 will be permanently affordable. The affordable units would consist of a mix of all unit sizes. 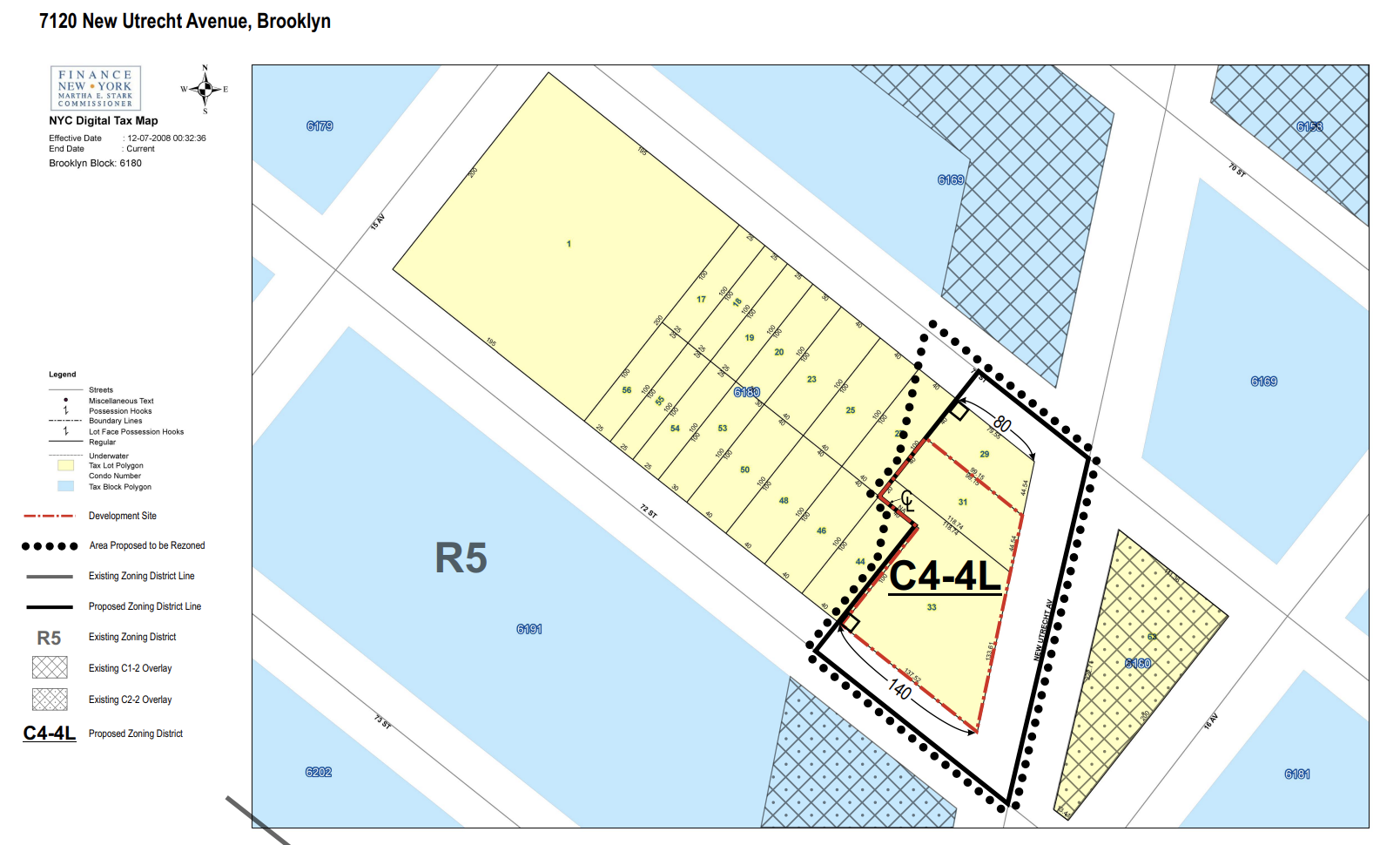