The number of new building plans calling for the construction of office buildings to be filed with the New York City Department of Buildings nearly doubled from Q1 to Q2, according to an analysis of job applications by PincusCo. Perhaps more significantly, the plans called for over 1.2 million square feet of new construction, a 78 percent increase from Q1.

PincusCo looked at all new building plans for office buildings (proposed occupancy of B) that were 5,000-square-feet or greater in size. For the square feet figures, PincusCo used the total building square footage figures reported in the PW1 of new building filings. Because of this, prior reports on individual filings may differ slightly from figures here.

There were several significant office plans filed in the quarter. On June 14, Taconic Partners filed plans for the construction of a 326,974-square-foot commercial office building at 76 Varick Street in Hudson Square, Manhattan. Colleen Wenke, President & Chief Operating Officer of the firm, filed the plans. Per the plans, the ground floor of the building will have an office lobby and multiple retail spaces. Floors two through five will have space for shops, while the fifth floor will also have a terrace. Floors seven through 26 will be used for office space, with several floors having terraces.

Below are zoning diagrams of the plans.

On June 30, Rudin Management filed a permit application for construction of a 342,008-square-foot building at 415 Madison Avenue in Midtown East, Manhattan. Albert Sanfilippo, VP, deputy director of design and construction at the firm, filed the plans. Per the plans, the ground floor of the building will have retail space, open-air public concourse, and a lobby. The upper floors of the building will all be used for office space. There will be terraces on floors three, seven, nine, 10, 12, 14, 16, and 38.

Below are renderings of the plans. 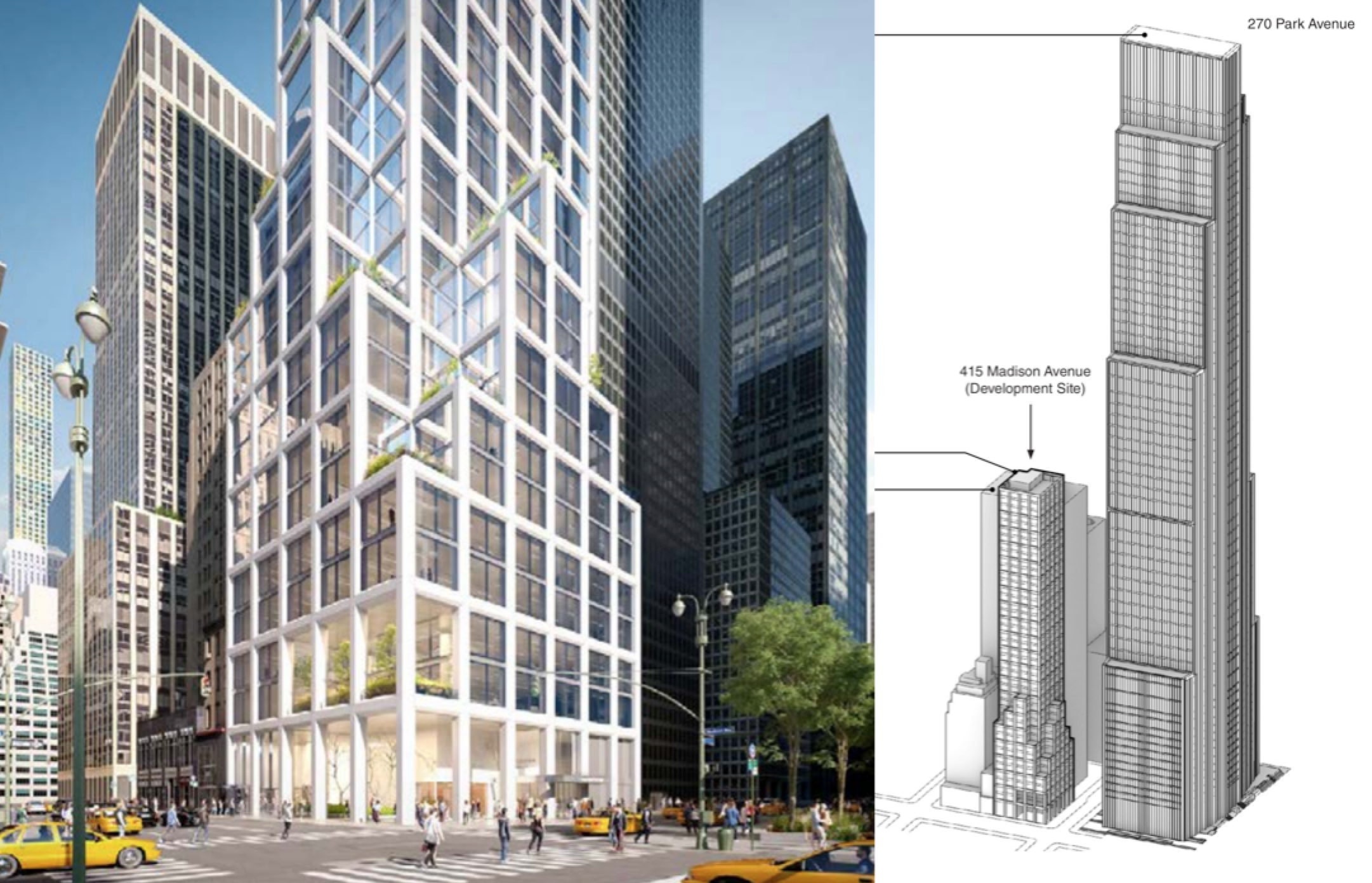 On June 22, Moses Wertheimer filed a permit application for construction of a 71,574-square-foot mixed-use commercial office building at 25 Spencer Street in Bedford-Stuyvesant, Brooklyn. Per the plans, the ground floor of the building will have retail space and a parking garage. The second floor will have office space and additional parking space. Floors three through 15 will all be used for office space. Floors three through five and 10 through 15 will each have terraces.