There have been 21 new building plans, including these plans, filed in the neighborhood in the previous 12 months. Together the 21 plans called for the construction of 848 dwelling units

The plans call for the construction of an 87-foot-tall, eight-story building and were filed with the New York City Department of Buildings under job number B00684074. The development site spans one tax lot.

Below is a zoning diagram of the building. 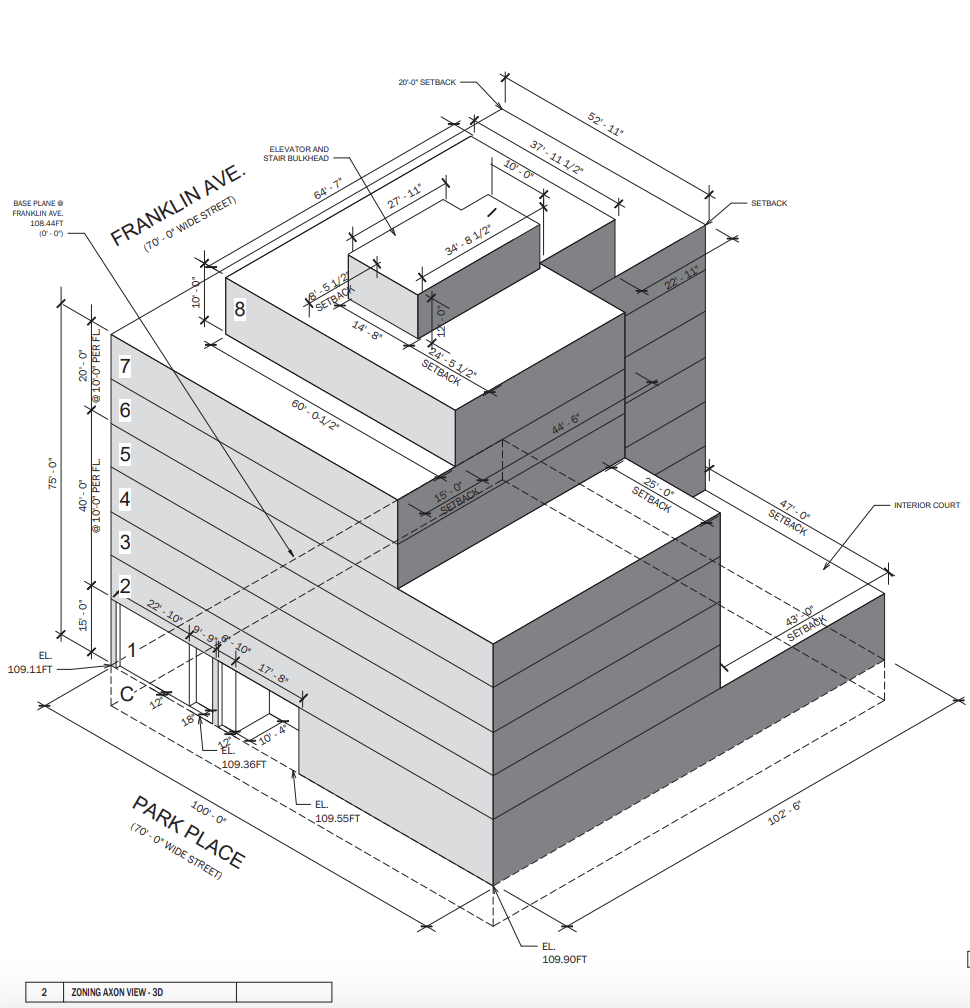 The project is described in the filing as: construction of an eight-story new building.

The architect listed is DXA Studio.

The estimated job cost is listed as $17.7 million.