Mark Rigerman through the company Marlboro Builder LLC, on June 16, filed a permit application for construction of a 130-unit, 92,391-square-foot mixed-use building at 79 Quay Street in Greenpoint, Brooklyn.

Brooklyn-based developer Harry Einhorn owns the property, after acquiring it for from Cayuga Capital Management for $16 million back in August of 2016. In 2020, Key City Capital filed rezoning plans to facilitate the construction of a 92,100-square-foot mixed use building with 82 dwelling units at the site. PincusCo reported on the plans at the time. Below are renderings of that proposed development. 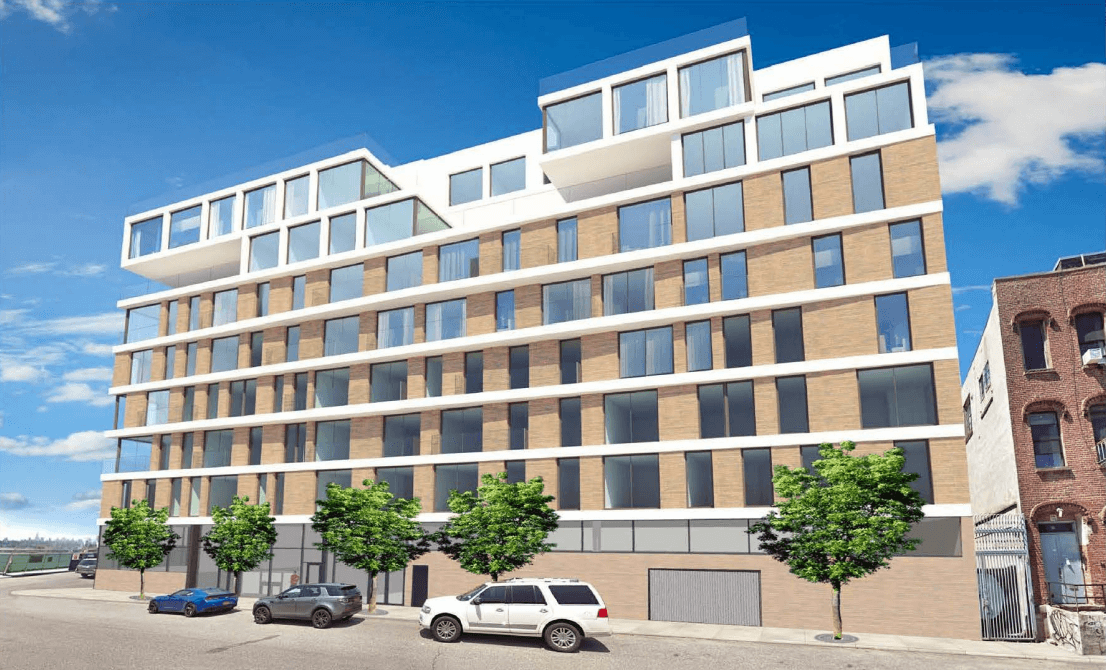 These plans are larger than originally proposed, and it is unclear how the design has changed.

There have been 23 new building plans, including these, filed in the neighborhood in the previous 12 months.

The plans call for the construction of a 114-foot-tall, 11-story building and were filed with the New York City Department of Buildings under job number B00591681.

The development site spans one tax lot. The lot has a width of 165 feet.

The project is described in the filing as: Proposed 11-story and cellar mixed-use building.

The architect listed is Strekte.