FSA Capital, on July 21, submitted a condominium plan for 20 residential units and four commercial units at 1807 66th Street in Bensonhurst, Brooklyn. The development is known as The Bensonhurst Condominium.

The condo plan, CD220154, does not have a sellout price listed with the New York State Attorney General. Brian Pun, the founder of the firm, is listed as the principal.

In February of last year, the developer filed plans for the construction of a 70-foot tall, seven-story, 20,108-square-foot mixed-use building with 20 dwelling units at the site.

Below are zoning diagrams of the development. 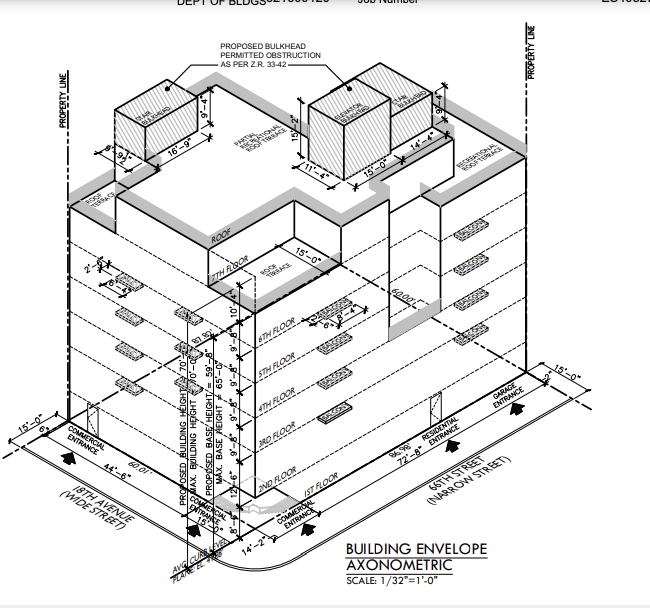