An applicant operating under the entity 42-18 Development LLC is seeking a zoning map amendment and a zoning text amendment which would facilitate the construction of a 38,188-square-foot mixed-use building with 33 dwelling units and a 25,837-square-foot mixed-use building with 20 dwelling units at 42-18 31st Avenue in Astoria, Queens. The Rezoning Area is bounded by 31st Avenue to the north, 44th Street to the east, a line 150 parallel to 31st Avenue to the south, and 42nd Street to the west. The smaller of the two developments would be constructed on parcels which are not controlled by the applicant, according to the filing. Lawrence Cerullo was the signatory for a recent loan from Valley National Bank at the applicant-controlled site.

The proposed actions would facilitate development on two development sites, as follows: projected development Site #1 (Block 692, Lots 43, 44, 45, and 46) would contain a 38,188-square-foot, six-story, 65-foot tall, mixed-use residential and commercial building. The building would contain approximately 30,188-square-feet of residential space and approximately 8,000-square-feet of commercial space. The building will have 33 dwelling units, including 10 to 12 MIH units. There will be 12 parking spaces and bike parking would be provided in the cellar.

Below is a digram of the projected development at Site #1.

Below is a digram of the projected development at Site #2. 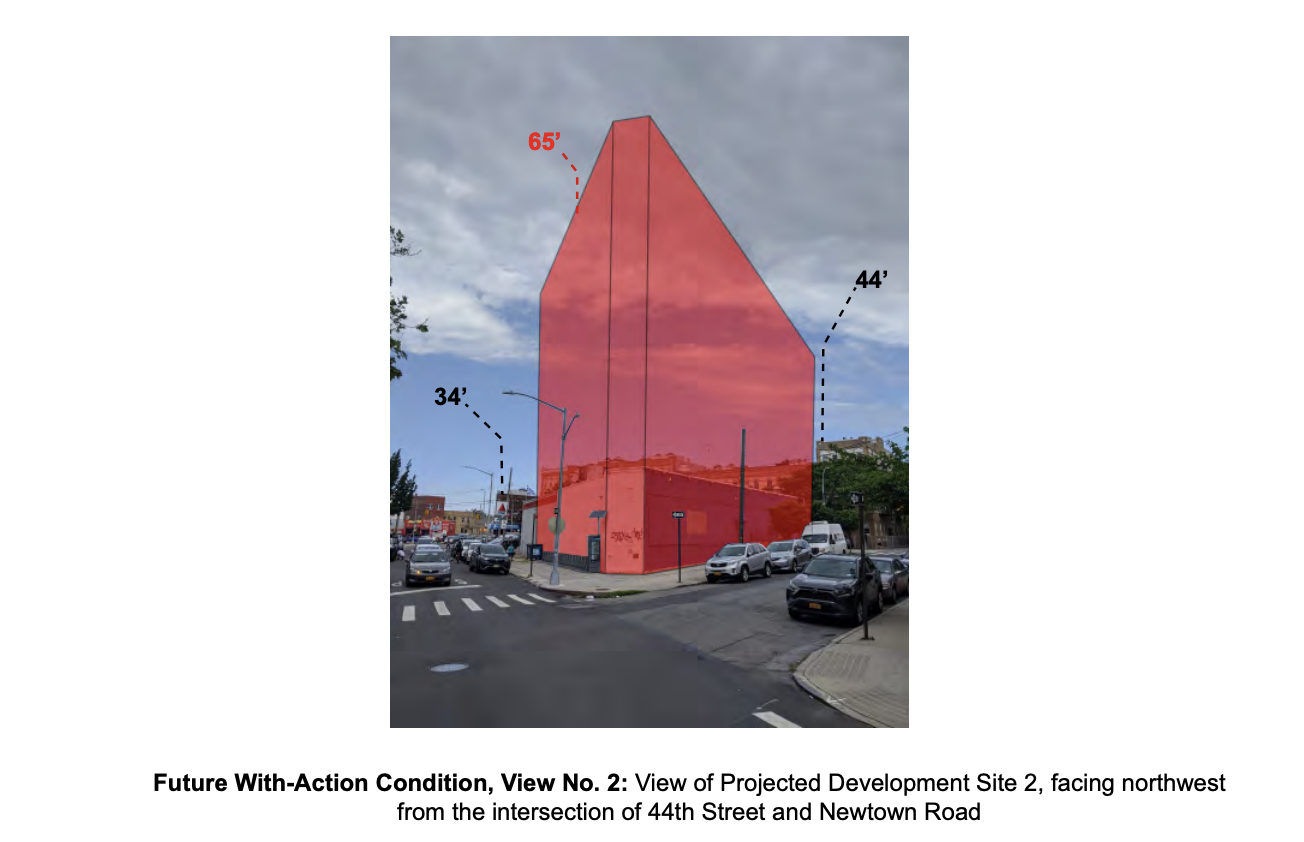