An applicant operating under the entity Epsilon Enterprises Realty, LLC is seeking a zoning map amendment and zoning text amendment to facilitate the construction of an 88,484-square-foot mixed-use building with 81 dwelling units at 541-545 Bay Street in Stapleton, Staten Island. Robert Palermo is listed as the primary applicant. Erik Palatnik signed on behalf of the representative. The site is about 1.2 miles south of the Staten Island Ferry St. George Terminal.

The proposed actions would lead to the construction of an eight-story mixed-use building with commercial use at the ground floor. Of the 81 apartments, 24 would be affordable. The building would contain 88,484-square-feet of space, with ground floor commercial space taking up approximately 10,000-square-feet. 42 accessory parking spaces would be
provided as attended parking on a surface lot. 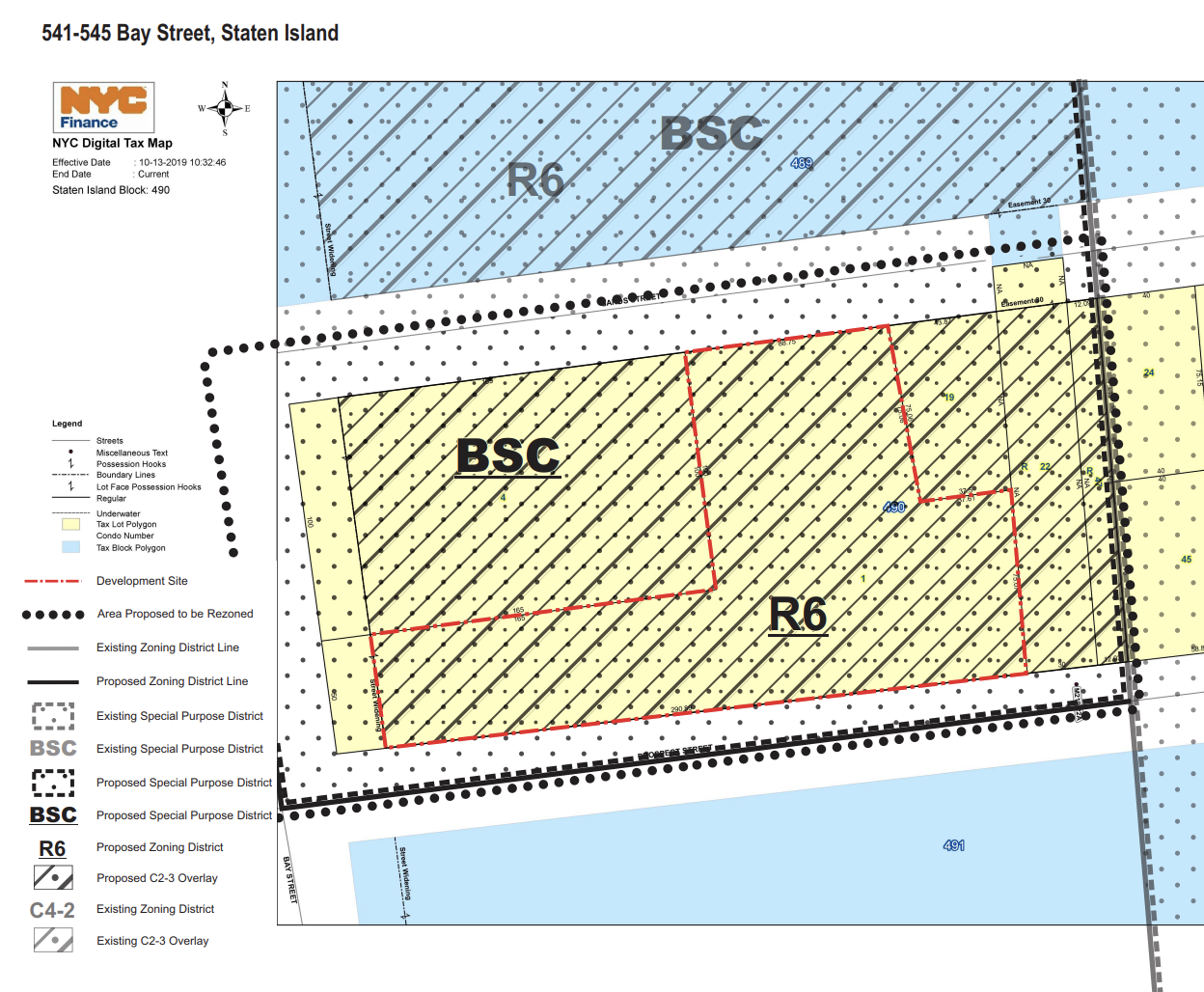