David Kornitzer through the company Clason Point LLC, is requesting a zoning map amendment, zoning text amendment, and special permit pursuant to Section 78-312 of the NYC zoning resolution to modify the Shorehaven Large Scale Residential Development in order to facilitate the development of a 427,198-square-foot mixed-used development with 378 dwelling units at 255 Soundview Avenue in Soundview, Bronx.

The requested actions would facilitate the development of an 11-story, 427,198-square-foot mixed-used development containing approximately 378 dwelling units, approximately 95 of which would be affordable through the MIH program. The building would also have 9,391-square-feet of local retail space. In total, the site would incorporate two separate privately-owned and publicly accessible courtyards each measuring 11,344-square-feet.

Below is a project location map for the project. 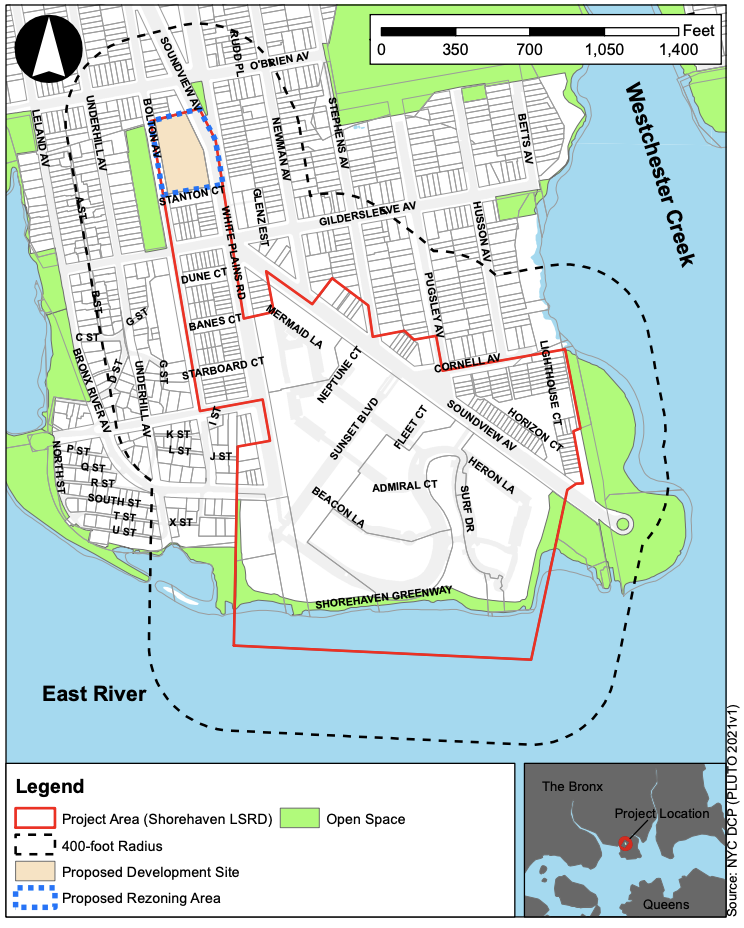