Madison Realty Capital disclosed in plans this week that it is seeking to build a 175-unit mixed-use building at 644 East 14th Street in the East Village.

The development was disclosed as the New York City Housing Authority, L+M Development Partners, and Madison Realty Capital filed documents seeking a non-ULURP modification to an existing large-scale residential development plan, known as an LSRD. The application seeks to modify the boundaries of the previously approved plans and zoning calculations by expanding the zoning lot to include 644 East 14th Street (Block 396, Lot 29). Through the zoning lot merger, the development rights from the existing LSRD comprised of Campos Plaza I and II, which are owned by a joint venture that includes NYCHA along with L&M Development, can be transferred to Block 396, Lot 29, a vacant property owned by Madison Realty Capital.

Below are renderings of the proposed development from back in 2016. It is unclear if the design has been altered since.

Madison Realty Capital paid Shulamit Prager’s Opal Holdings $31.3 million for 644 East 14th Street back in May of 2020. Opal Holdings had bought the parcel in June 2016 for $23 million. 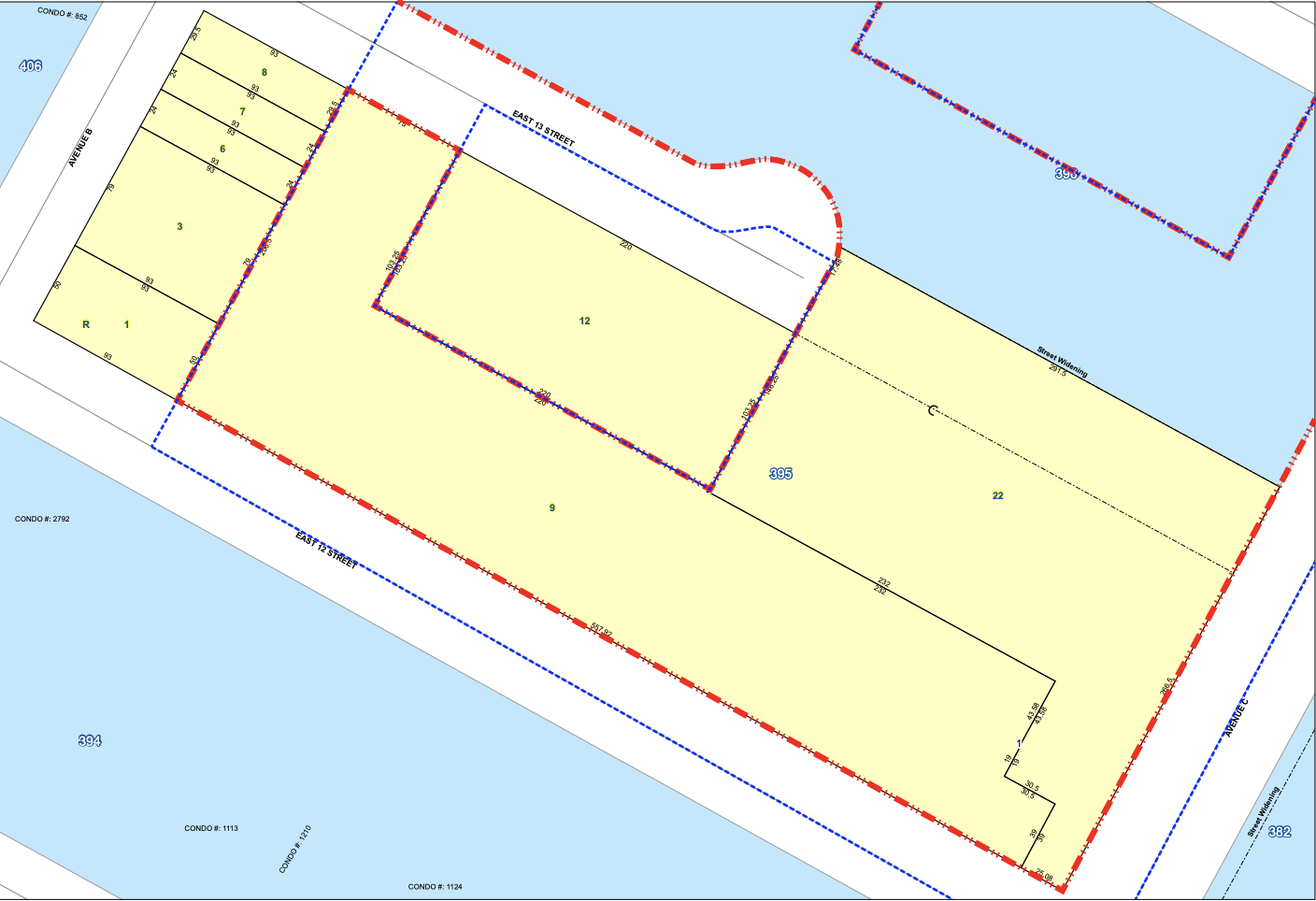