A Brooklyn City council member and a longtime landmark preservation activist added their voices to complaints about the Department of Buildings DOB NOW: Build platform and DOB’s Open Data information.

DOB NOW, which has been around for several years but became the main interface for new filings in March 2021, is “incomplete” and “complicated”, according to Brooklyn city council member Stephen Levin.

The New York City Council Member of the 33rd District of Brooklyn told PincusCo “The new system is unnecessarily complicated and provides incomplete information. It does not appear to be an improvement in any way. I understand the motivation to update the system, but this new platform seems to create more problems than it solves.”

Andrew Berman, the Executive Director of Village Preservation, a public advocacy group focused in Greenwich Village, East Village, and NoHo, had similar complaints, telling PincusCo “Unfortunately in spite of claims about making information accessible to the public, too frequently we find agencies like the Department of Buildings do so selectively and inconsistently. For the average New Yorker, it’s still often very hard to get accurate and up to date information about building and development in their neighborhood or city.”

The new platform was created in response to Mayor de Blasio calling for a “fundamental reform at the Department of Buildings” in 2015.

Six years later, that fundamental reform is being met by a stream of complaints, with members of the industry calling it difficult to use, counterintuitive, and not transparent in a survey conducted by PincusCo. The complaints come in spite of claims by the DOB that the rollout was an attempt to make data more publicly available and transparent.

Andrew Rudansky, Press Secretary with the NYC Department of Buildings, released the following statement to PincusCo:

The Department has collected a wealth of data about our city’s built environment, and we are committed to making that data publicly available for the benefit of all New Yorkers. In recent years we have taken steps to push more of our data online, roll out our DOB NOW public portal, and create user-friendly data analytics tools, all in an effort to improve transparency for the public.

The Press Secretary’s complete statement is available at the bottom of this article.

However, by most accounts the DOB NOW platform seems to have not only fallen short of the mark in regards to improving transparency, it has become more opaque.

it was not until mid-July, roughly six months after the initial rollout, that a column was added to the DOB NOW Open Data site containing the “Job Type” for each filing, which identifies if a project is new building, an alteration or a major alteration of the certificate of occupancy. That column was then recently wiped clean from the site, before being repopulated a couple days later.

Other crucial information, such as the square footage of new building filings is still not included on the Open Data site. For example if a city resident wanted to identify the magnitude of development in a given Zip Code or neighborhood, they would be unable to do so, because a metric long-available on the legacy site Bisweb, square feet for the proposed building, is not available on DOB NOW’s Open Data page.

Rudansky addressed both of those complaints, stating that the issue pertaining to job types was resolved and that the DOB is “looking to make changes related to New Building square footage data in a future update to the applications dataset.”

So while some transparency issues could arguably be chalked up to growing pains and technical difficulties, it is hard to argue that is the case across the board.

The design of the DOB NOW public portal alone makes it much harder to access information. While in the legacy system, known as BIS Web (Buildings Information System), you have the ability to scroll through all new filings on a given day, with the DOB NOW public portal you have to search by job number or address. Furthermore, you then need to manually click through a series of dropdown boxes to access different parts of the filing.

There is also the fact that you now need to check multiple sources to get a complete picture. Take Douglaston Development’s plans to construct a 158-unit mixed-use building at 504 West 49th Street in Clinton, for example.

The developer filed plans for the project in late July under the job number M00536051. Then, earlier this week, plans were filed for an identical building by the same developer at the address under job number M00580473. There are currently no records of the original job number in the public portal, and you can only find out the job was withdrawn by searching for the job number in open data. If you were curious if the property was currently occupied you would then need to access a third site, BIS, to look for demolition plans.

Below is Andrew Rudansky’s full statement:

“The Department has collected a wealth of data about our city’s built environment, and we are committed to making that data publicly available for the benefit of all New Yorkers. In recent years we have taken steps to push more of our data online, roll out our DOB NOW public portal, and create user-friendly data analytics tools, all in an effort to improve transparency for the public. Members of the public can visit our online DOB Now Public Portal or NYC Open Data to easily find relevant details about specific project applications for new developments in their neighborhoods.

· In July 2021, changes were made to the Open Data dataset for applications filed in DOB NOW. One of these changes was the addition of a new “Job Type” column which allows members of the public to more easily sort through the data.

· The Job Types column was temporarily not populating in the dataset. That issue has since been resolved.

· Total Building Square Footage is not currently a column in the Open Data applications dataset. However, It can be found in the DOB NOW Public Portal, by searching by location, selecting the new building application, and opening up the PW1 folder.

· The Department periodically makes improvements to our publicly available datasets on the NYC Open Data website. We are looking to make changes related to New Building square footage data in a future update to the applications dataset.” 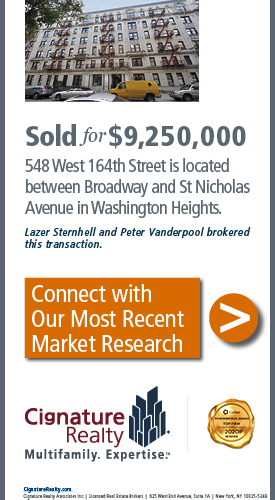