CIM Group, on September 7, filed a permit application for construction of a 1,313-unit, 1,274,276-square-foot building with a shared base and two towers at 261 South Street, on the Two Bridges waterfront of the Lower East Side. David Thompson, a Principal and CFO at CIM Group, filed the plans. According to reports L+M Development Partners is involved with the development, which will contain affordable housing.

The plans represent the largest building, by count of dwelling units, filed in the last 10 years.

In July, Starrett filed plans for the second most dwelling units this year. Those plans were filed on July 28, for construction of a 1,021-unit, 848,729-square-foot building at 259 Clinton Street.

The Two Bridges developments have been in the works for years now. JDS Development Group is also planning a large tower in the area. In total, the projects could bring approximately 3,000 units to the neighborhood. Because of the close proximity and similar timing of the projects, the developers agreed to take part in a joint environmental review, according to reports.

The newly filed building will have a shared base and two towers, according to the plans and drawings obtained from the project’s CEQR filing, 17DCP148M. 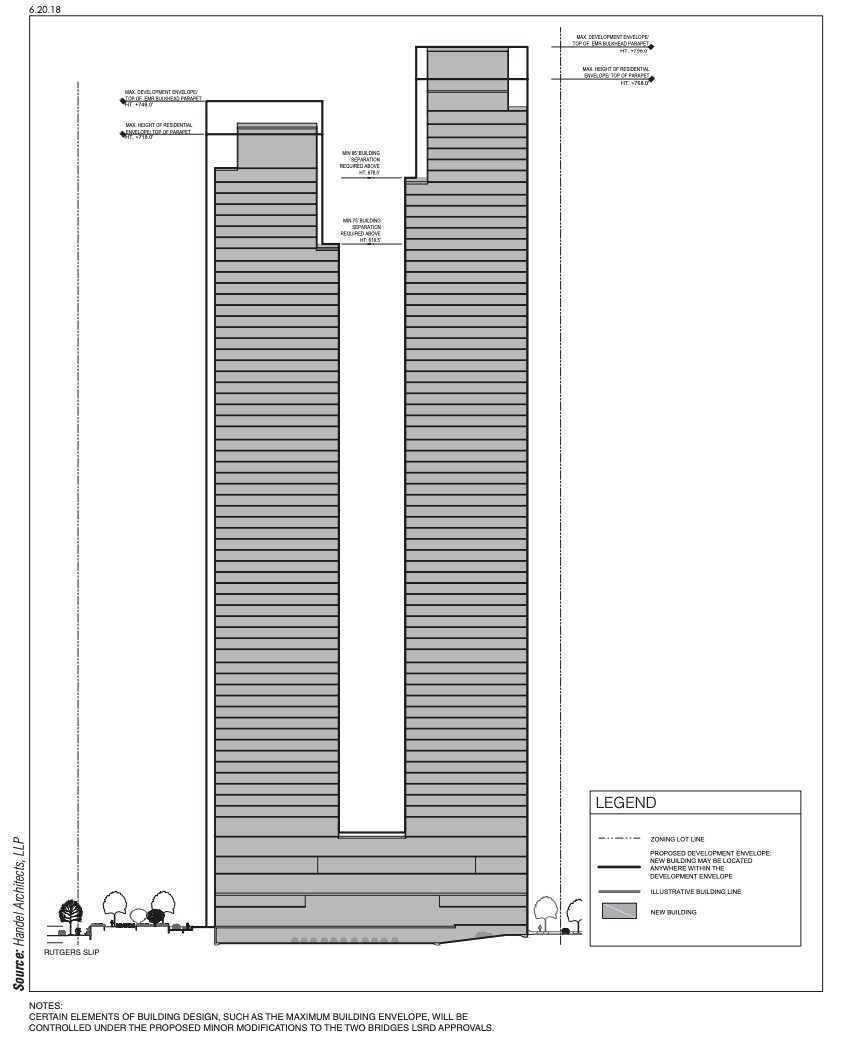 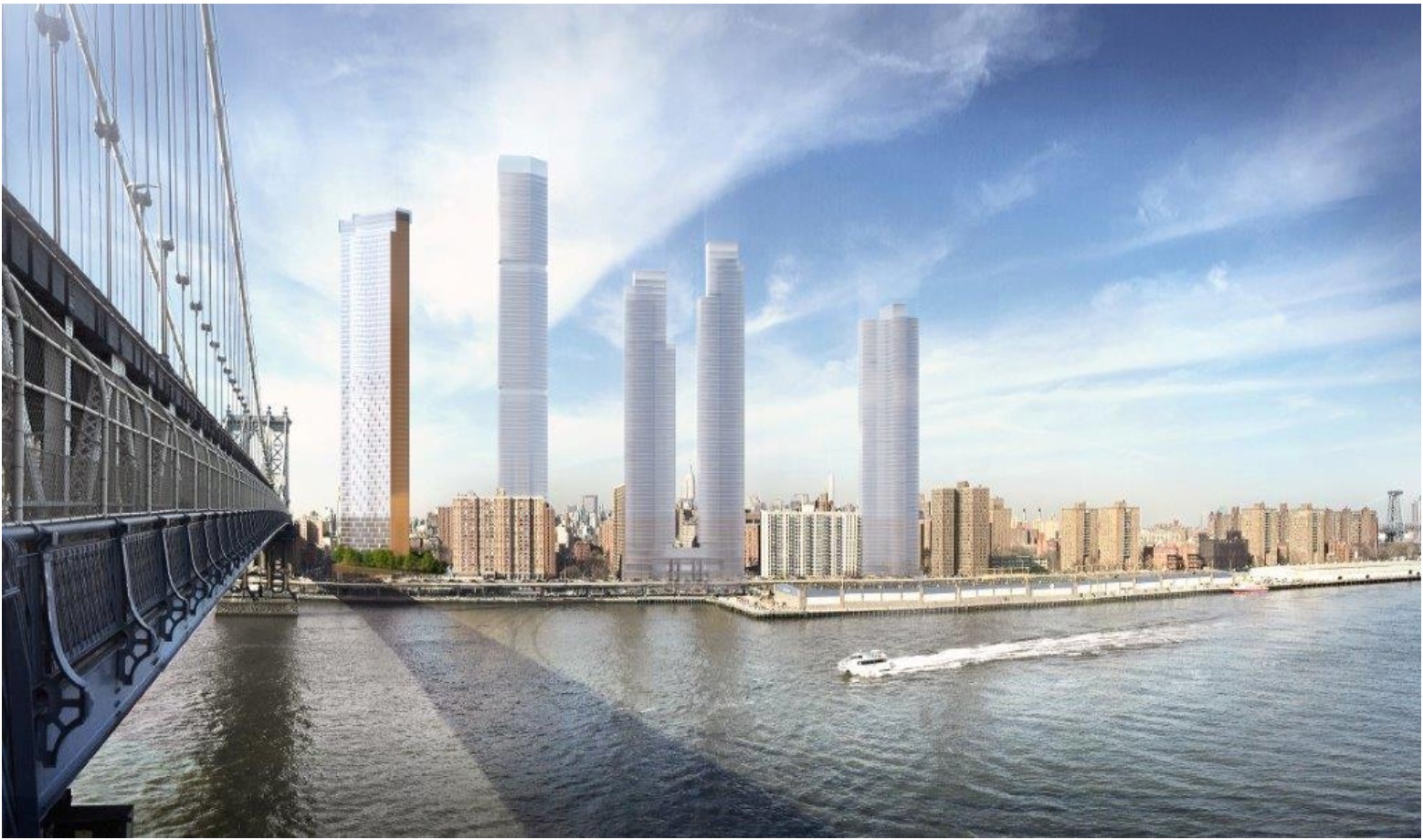 Last summer a court ruled that the project met zoning regulations for the area and would be able to move forward without City Council approval. The ruling reversed a lower court’s decision which had previously stopped the project from progressing.

The plans call for the construction of a 761-foot-tall, 73-story building and were filed with the New York City Department of Buildings under job number M00558120. The development site spans two tax lots.

The project is described in the filing as: Construction of new 71-story building with affordable housing. Hub consultation took place on 6/30/21.

According to the plans, The building will have multiple lounges and recreation spaces. The dwelling units will occupy both the east and west towers, with most floors having 10 to 12 units.

Correction: a previous version of this story listed the number of dwelling units in the building as 1,803, as indicated in the plan’s zoning information. That number is however not accurate, and includes other building’s units on the zoning lot.