The plans have been in the works for a number of years now. The development is part of Vital Brooklyn, a state initiative from 2017 with the goal of creating new development and addressing disparities in Central Brooklyn. Health Science Center at Brooklyn Foundation currently owns the project location.

Below are renderings for the development. 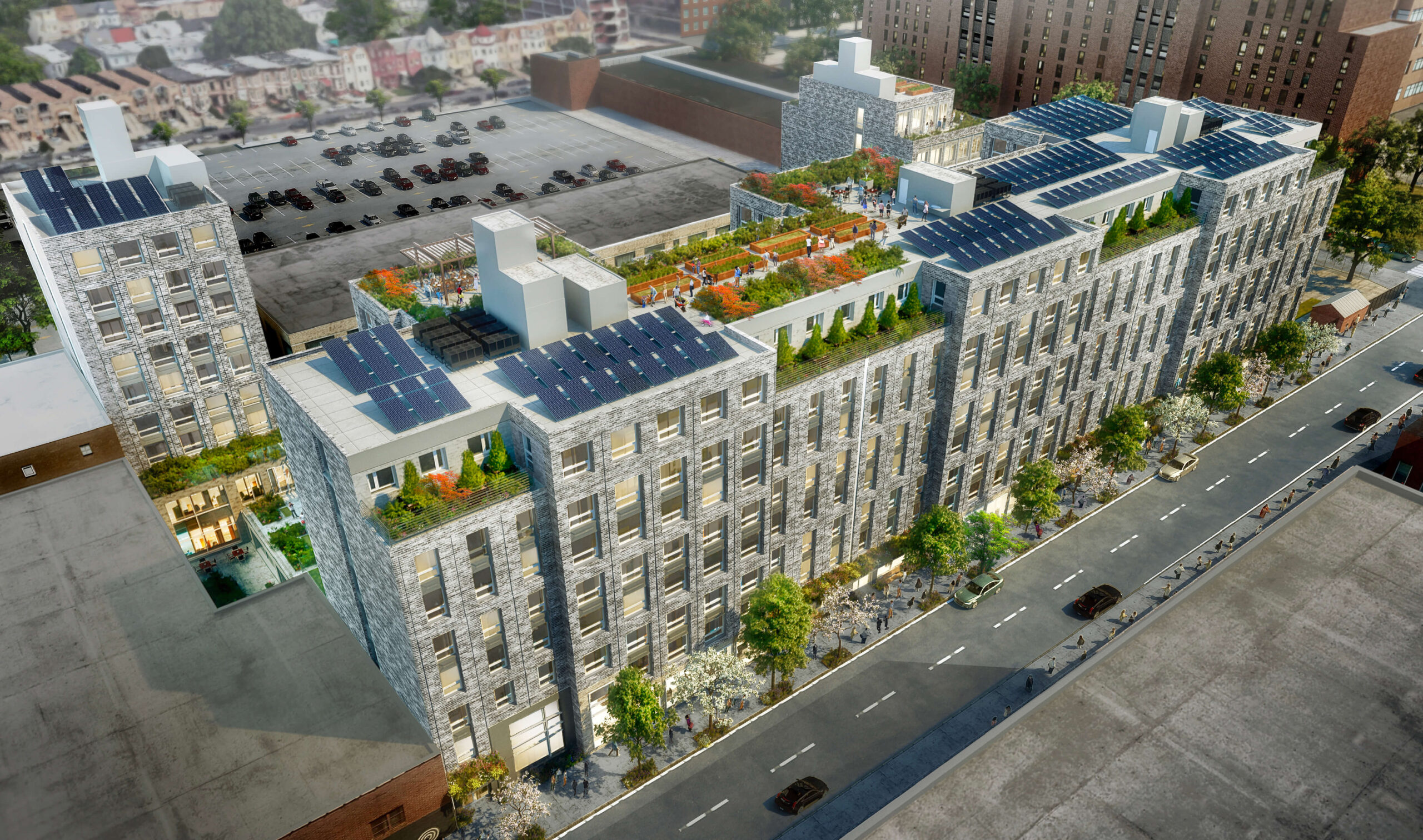 The plans call for the construction of a 85-foot-tall, eight-story building and were filed with the New York City Department of Buildings under job number B00681143. The development site spans one tax lot.

The project is described in the filing as: filing a mixed-use new building as per plans. A New York State override will be issued for the zoning district.