Yoel Landau, on April 8, filed a permit application for construction of an 88-unit, 73,121-square-foot mixed-use building at 3547 Webster Avenue in Norwood, the Bronx.

Below are zoning diagrams for the development. 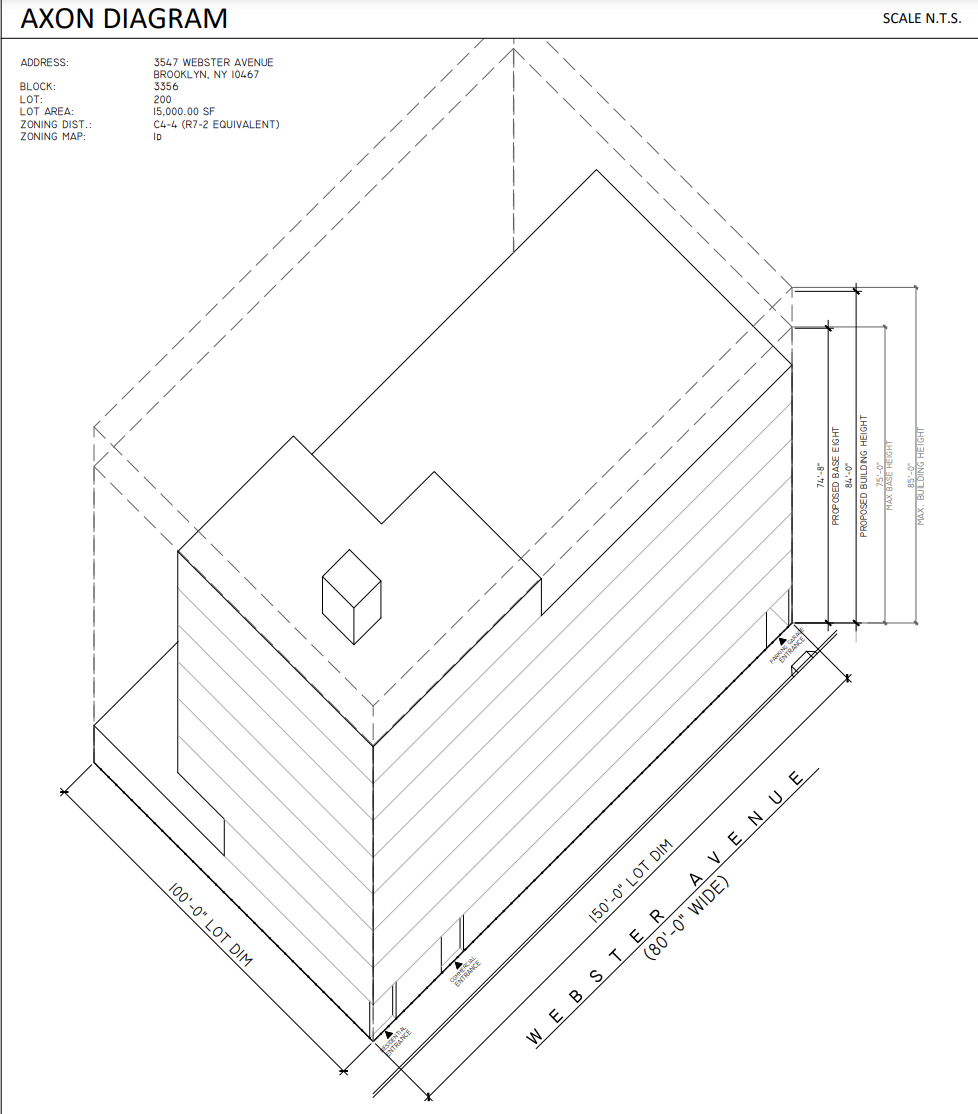 The plans call for the construction of an 85-foot-tall, eight-story building and were filed with the New York City Department of Buildings under job number X00709422.

The development site spans one tax lot. The lot has a width of 150 feet.

The project is described in the filing as: proposed eight-story mixed-used project. Filing for the 421a deadline.