The affordable development company Omni New York, on July 28, revealed plans for the construction of two developments with a combined 175,000 square feet of space and approximately 155 new affordable units at 281 and 311 Marcus Garvey Boulevard in Bedford-Stuyvesant, Brooklyn.

The plans were revealed in an application seeking a zoning map amendment, a text amendment to Zoning Resolution Appendix F, a special permit from the City Planning Commission pursuant to ZR Section 74-743 to modify setback and height modifications of ZR Section 23-664b in connection with a large-scale general development, and a CPC special permit pursuant to ZR Section 74-532 to waive up to 42 parking spaces required by ZR 25-23.

All of the units would be affordable to households earning 80 percent or less of the AMI. The amount of affordable units would exceed the minimum units required by the MIH program, and would be funded in part by financing from HPD or HDC. Per the plans, construction is anticipated to begin in 2024.

Below is the project site map. 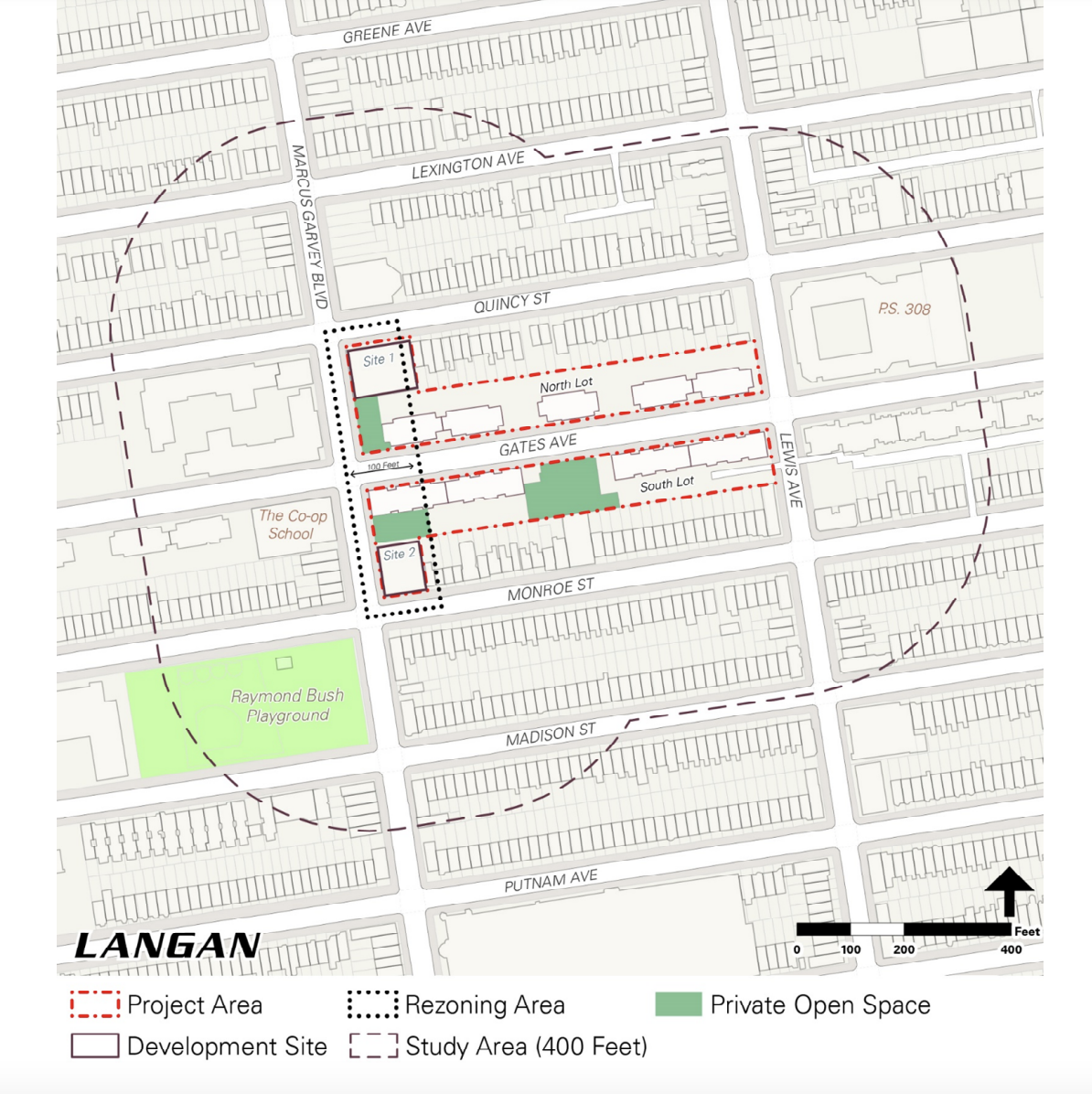 Below are sketches of the development.