The developer is seeking a Zoning Map Amendment to rezone Block 512, Lots 13, 20, and 22 from the existing M1-1 zoning district to an M1-5 zoning district in order to facilitate the development. The most recent property document was recorded in 2018, and the owner was 41 Richard Street, LLC, with Jim Tampakis as signatory on a 2007 loan. 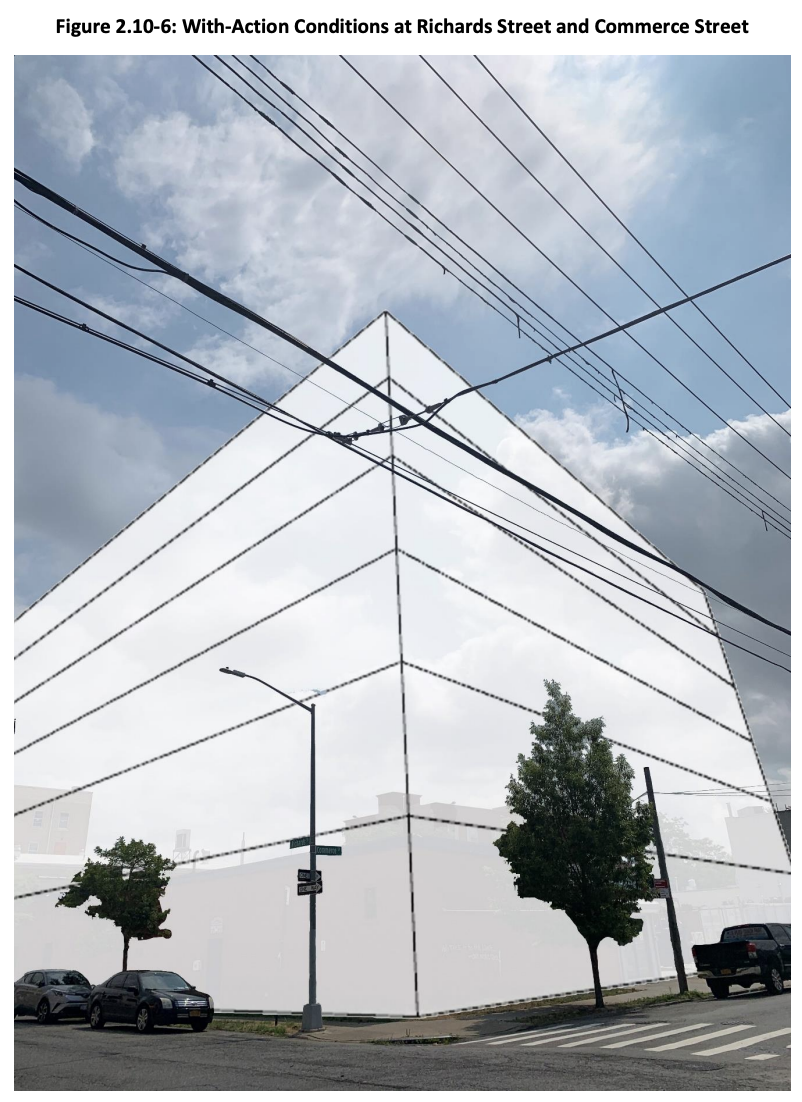 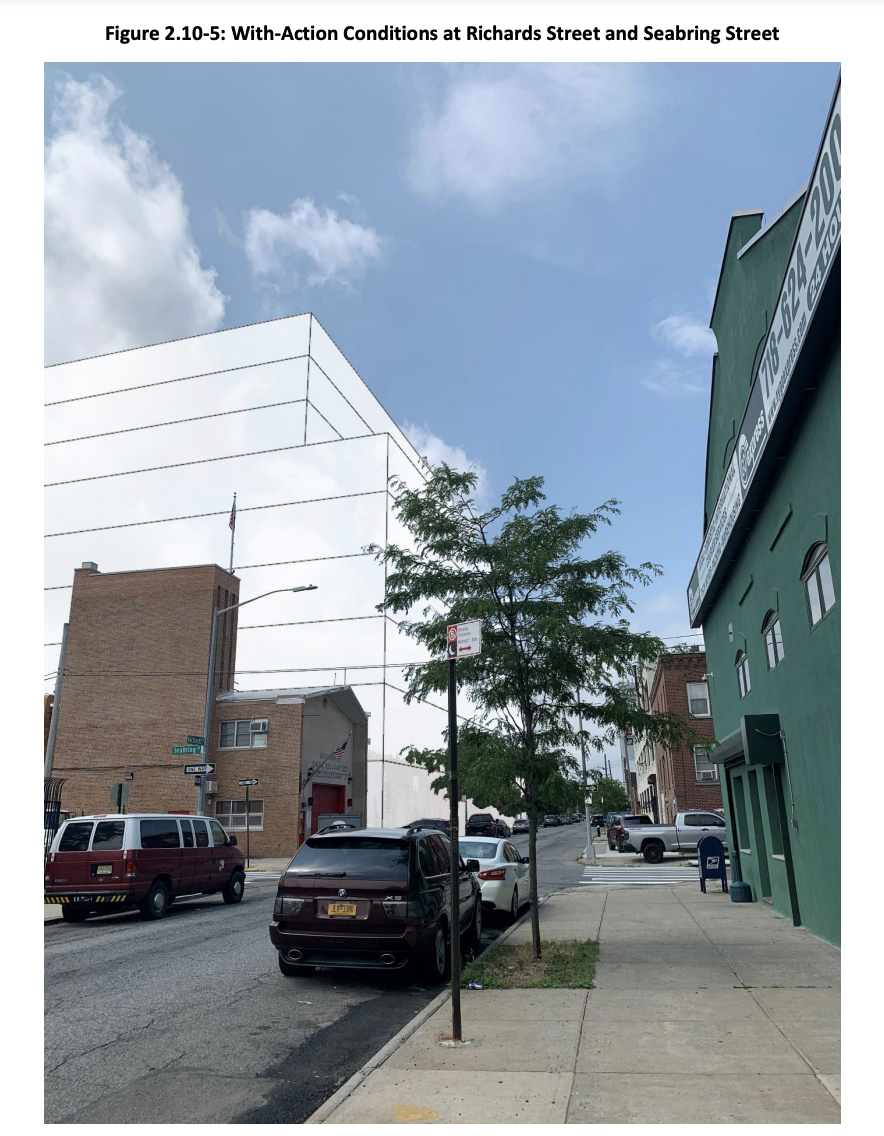 The build year is anticipated to be 2025 in consideration of an 18-month Environmental Approval process and ULURP process, three to four months for permitting and plan development, and an 18-month construction schedule. 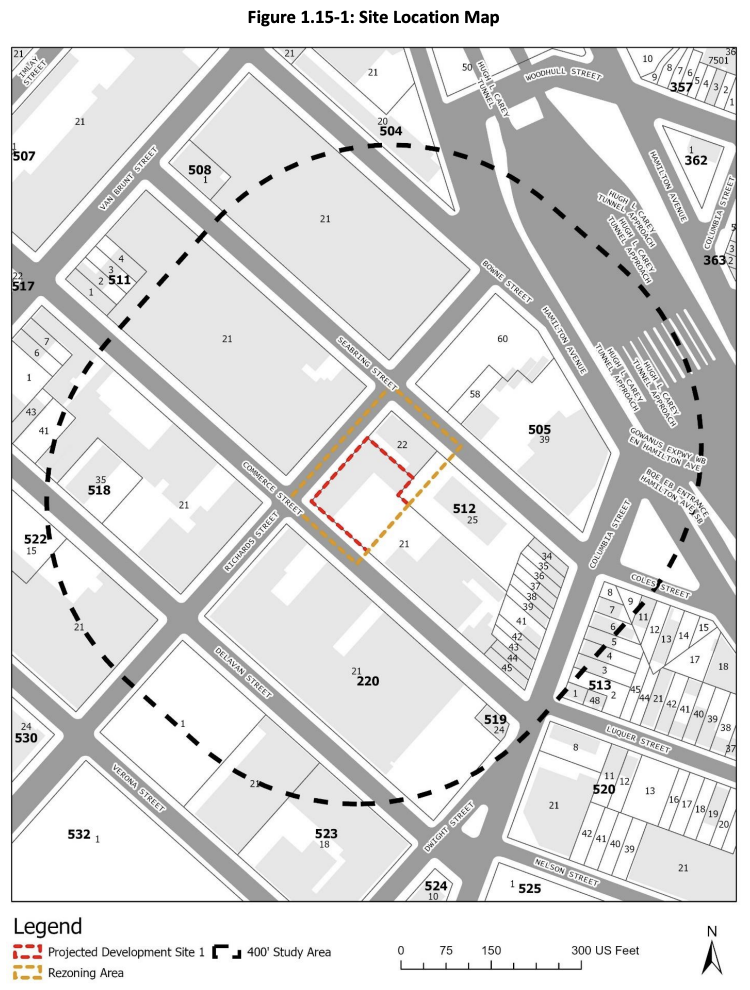