The New York City construction process is complex and expensive. And at dozens of sites each year, friction between a developer and a neighbor makes it even more so.

In some of these cases, the neighbor refuses to allow the developer to set up legally required protections and so the developer turns to the courts, adding attorneys’ fees, time and uncertainty to the development process. The developer must file a petition through Real Property Actions and Proceedings Law, section 881, often referred to using its acronym, RPAPL § 881. Through such a petition, the developer seeks a license to enter on a neighbor’s property where it will install protective measures as required by the city’s building code.

The high-stakes drama is often resolved in weeks, but in some cases drags on for months or longer, according to a review of dozens of court records and interviews with attorneys in the space.

“In almost every circumstance, the party bringing the 881 is going to get a license. The question is what are the parameters around the license,” said Bill Fried, a partner at the law firm Herrick Feinstein who co-chairs its litigation department.

Generally, judges only delay a license when a developer has already damaged the neighbor’s property, Fried said. “I had a situation in which a party had done work, they got access and damaged the property,” he said. Then the judge wanted to make sure the property was repaired and make sure it would not happen again, before another license was hammered out.

The longer-running cases typically involve pre-existing feuds, and most of these would make for riveting if esoteric television dramas. Recent cases involve Extell Development, Maverick Real Estate Partners, a mysterious Belgium-residing millionaire, Sol Goldman Investments and many other high-profile firms. The discussion gets complicated when the construction will impact, for instance, a resident’s terrace, or cover or disturb a restaurant space in a courtyard.

“In 881 RPAPL actions, the court seeks to balance the competing interests of permitting the improvement of one party’s property that cannot otherwise be made without permitting that party to enter a neighboring property,” said Darren Oved, a partner with Oved & Oved, whose firm has represented several parties in 881 RPAPL matters.

“Most 881 matters are resolved amicably as license agreements are often agreed to by the parties. This calculus, however, changes dramatically when the scope, duration and extent of the proposed work severely and adversely impacts a neighboring property which usually results in disagreement on the terms of the license agreement and ultimately seeks, and finds, resolution in the courts,” Oved said.

At times, a neighbor may be looking for a windfall, but typically judges don’t agree to a huge pay out. Most license fees are between $2,500 and $7,500 per month, several attorneys said.

One recent case involves Extell Development, which owns the block through parcel known as 32 West 48th Street, where it filed plans to build a 31-story hotel. It sued its westerly neighbor Elo Realty in October 2020, after it refused to grant access to Extell to protect 29 West 47th Street, and Elo filed its own suit in response. That suit centered on Elo’s claim that it should be able to retain lot line windows because air conditioners and other items that have protruded over the Extell building’s property line for years before Extell acquired the building, amount to a case for adverse possession. A judge issued a ruling December 18, 2020, in Extell’s favor. Then Elo filed an appeal. LINK

In another case, Maverick as a former lender stepped into the shoes of the developer, after foreclosing on the prior owner’s loan. The prior owner was redeveloping 323 East 53rd Street, slightly enlarging the building. But the project, started in 2016, is still not complete and the neighbor, Chien Kuo Chiang, refused to grant access. Maverick alleges it needs access to complete the building enlargement. The prior owner did obtain an access license, according to Chiang, but did not complete the work and damaged the property.  Chiang alleges that the license would amount to a permanent taking and the prior license was not adhered to. The prior developer signed a license agreement in 2016 with Chiang that included a payment of $7,500 per month until the renovated building obtained a sign off from DOB. The case was filed in January 2021 and remains ongoing. LINK

In a third case, an anonymous Belgian-residing millionaire has been dueling with a Fifth Avenue co-op for years. The most recent episode intersected with the courts in January 2021 and remains ongoing due to an appeal filed by the respondent, an LLC owned by the unnamed individual who lives in Belgium. The 1148 Fifth Avenue cooperative filed a suit to obtain permission to inspect an exterior wall of the co-op, which is above the 8-story neighbor, 1143 Fifth Avenue, which is owned by the private owner. The Belgian-residing owner sought to build six floors above the original seven, but those plans were scaled back to just one floor.  The neighbor, who is a resident of Belgium according to court documents, objects to the co-ops license. This is not the first use of an 881 filing between the parties. In 2017, 1143 filed an 881 suit to obtain a license when it alleged the co-op was not being responsive to its plans to add a new floor. LINK

Yet another case involves Sol Goldman Investments and a development venture, MRR Development, that includes the Indian billionaire Anand Mahindra, the Sapir Organization’s former CEO Rotem Rosen and Zahi Hagag, an Israeli developer. MRR is developing a large site west of Lexington Avenue between 56th and 57th Streets. MRR bought the site in 2019 for a reported $103.7 million (city records show deed transfers totaling about $95 million). MRR filed the 881 case against Sol Goldman Investments, which owns 124 East 57th Street, in January 2021 because the developer is seeking to demolish the neighboring building 126 East 57th Street. It filed those demolition plans in July 2020. The case was resolved with an order two months later, in March 2021, granting a license, including a fee at $3,000 per month. That order was appealed by the Goldman estate, citing the “wholly inadequate licensee fee of only $3,000”, among other complaints. It seeks to up the charge to $5,000 for the first six month and raise that to $10,000 per month after that, according to the appeal. LINK 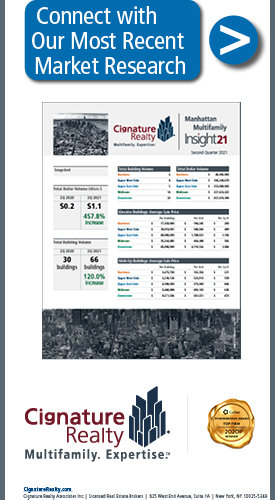